With an early start we hoped to make Astoria before dark. But not too early. They won’t raise the Interstate 5 bridge between 6:30am and 9:00am. We wanted to get there about 9:00, and we did. The bridgetender got the bridge raised for us shortly after 9:00, stopping some pretty heavy traffic. We sped through and continued down the river.

It rained most of the day, which made watching out for other boats and floating logs more work and less pleasure. However, the scenery along the banks of the Columbia is very nice. And passing ships and barges never ceased to be interesting.

We parked at Astoria around 7:00pm. The Minnow will stay here for a few days. While it’s parked here we hope to get the transmission and a few other things fixed on it.

Daily Cuisine:
Today was our junkiest eating day so far. We had leftover yellow cake and also about 15 cupcakes. These were all gone by midday. I made brownies later in the afternoon so we wouldn’t starve.

Some pictures of the Columbia River: 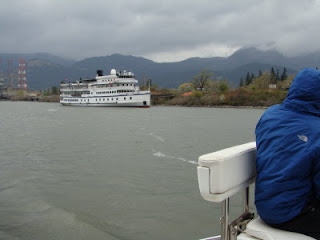 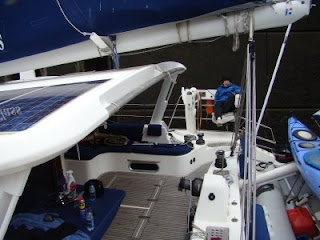 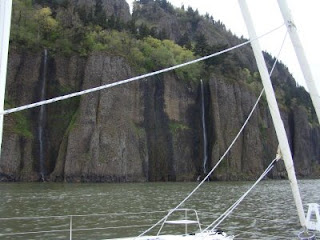 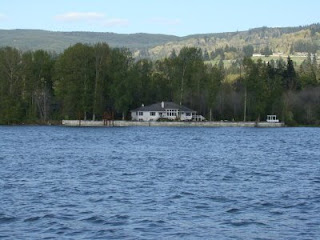 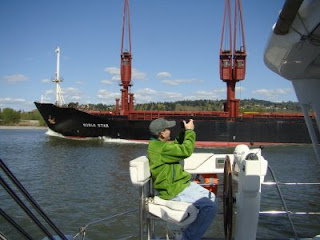 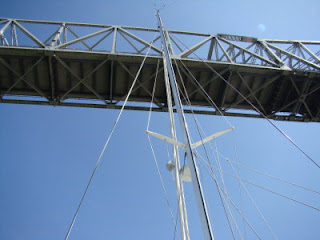 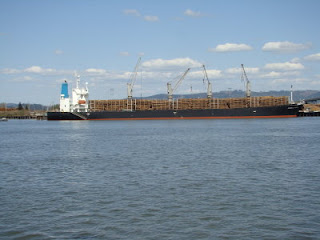 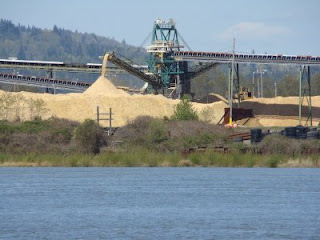 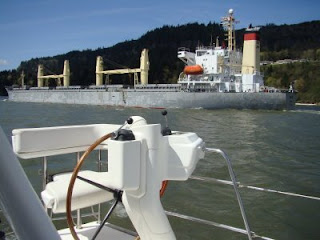 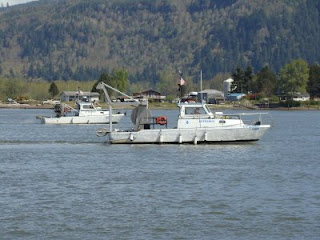 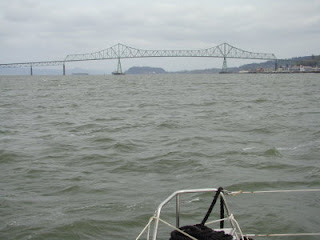